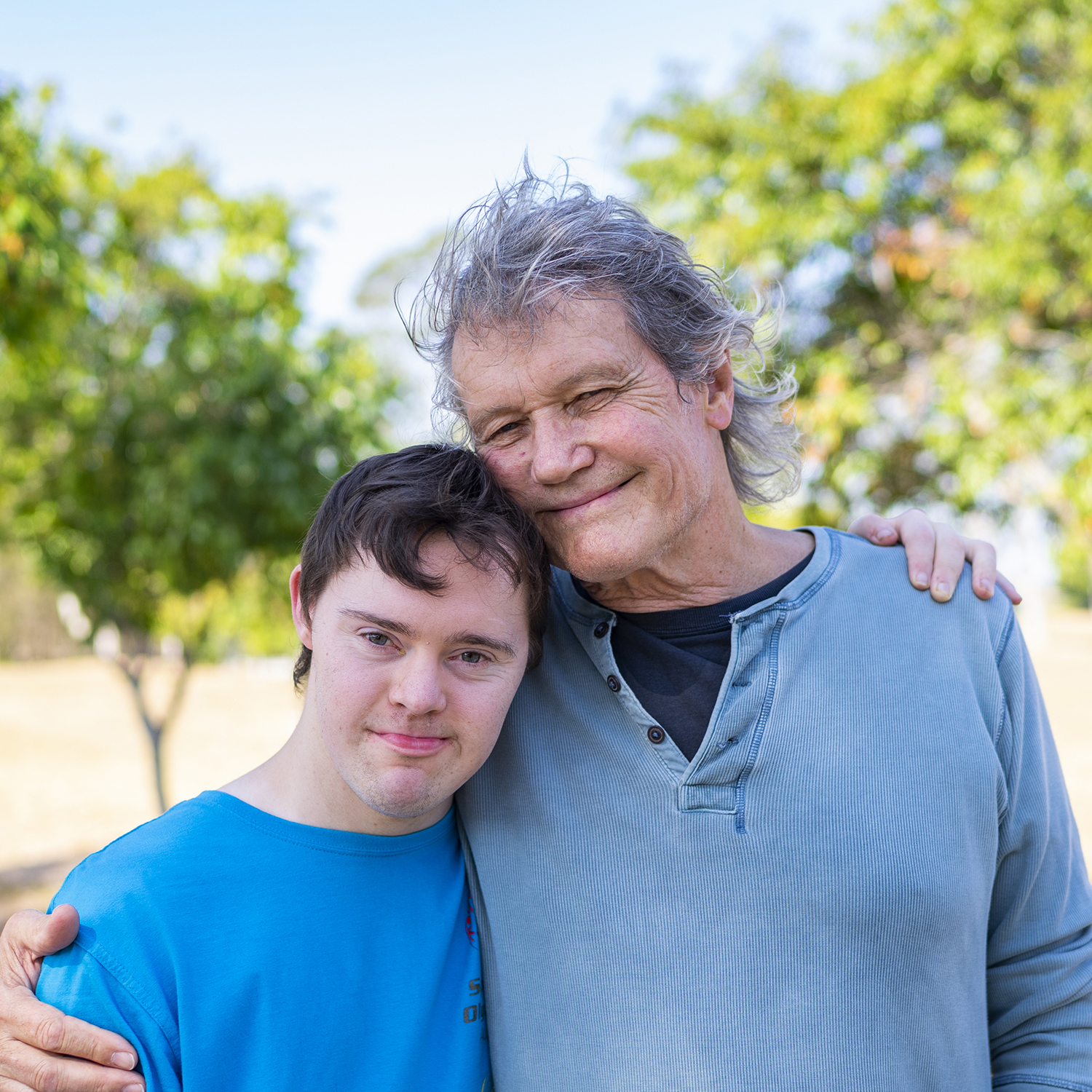 My son Alex was the final piece of our big blended family – the last of six children between my wife, Chris, and I – and the one who brings our family together.

Alex was born with Down syndrome and has a generous smattering of autism.

Nothing can prepare you for the realisation that your child is going to be ‘different’ but I had this strange sense of destiny. I knew Alex was meant to be with us, no matter what the difficulties ahead might be.

The biggest difficulty for Alex is speech. He’s now 21 years old and I’ve never had a two-way conversation with Alex.

Alex found his voice, albeit a unique one, at Access Arts. Every Tuesday, you’ll find Alex at the Access Arts drumming program. It was here, under the wings of Tichawana and Velvet he started to sing.

That first day Alex sang, Tich said if Alex was raised in Zimbabwe like him, he surely would have been chosen to be trained as an elephant whisperer. It was an unforgettable comment that changed Alex’s path for life.

I’d never heard of elephant whisperers before, but now I’ve seen Alex sing to elephants I know the power they have. Alex’s songs have been played to elephants in sanctuaries around the world. He’s been invited to sing to elephants in Kenya, France and Melbourne. When elephants hear him, the move towards the sound of his voice, swaying as they go and curling their massive trunks toward the music.

So who would’ve thought the kid who can’t speak would be lining up to sing into a microphone? I guess that’s what Access Arts does for people. It gives people like Alex the opportunity to step outside the box society puts them in so they can discover who they are.

Alex has performed at Woodford, the Undercover Artist Festival and numerous other functions. He’s found his identity and it’s all thanks to Tich, Velvet and the team at Access Arts.