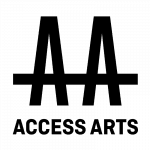 As part of our commitment to building meaningful relationships and opportunities for Aboriginal and/or Torres Strait Islander people, Access Arts has partnered with CPL – Choice, Passion, Life and Cootharinga North Queensland to hold our first NAIDOC Week Art Competition.

In 2019 we partnered with Beyond Empathy and the Institute for Urban Indigenous Health (IUIH) in Salisbury on a ‘Mums and Bubs’ project in which 32 expectant mums made bellycasts over 10 weeks, celebrating their journey through pregnancy and decorating them with their story. The completed casts were put on display at the Mater Hospital during NAIDOC Week in an exhibition called Making Memories.

“The art is not just about providing people with a voice, it’s also about healing and bringing about issues. It’s reclaiming history and helping them release trauma through their work. It’s a release and it starts to pave the way for further opportunities” said workshop leader and First Nations artist Nikeema Williams.

We partnered with Creative Regions on the Yuwarr project. Yuwarr means ‘corroboree’ or ‘dance’ in the Taribelang language of Bundaberg.  Led by Taribelang traditional dancer Robert McLellan, 320 school students in the Bundaberg region learnt the Yuwarr routine. The Yuwarr was performed at the Reconciliation Day Ceremony at Buss Park and later at NAIDOC Week celebrations across the Bundaberg region.

We partnered with Red Ridge for Dress the Central West aimed at improving mental health and well-being in the communities of Blackall, Barcaldine, Winton and Longreach. Led by Aboriginal Elders, this lively project interpreted regional cultures and stories into different fashion pieces that best represented their towns, all made from recycled materials. Then, in May, 150 people gathered to enjoy the public performance on the catwalk in Barcaldine, 250 people celebrated at the performance in Blackall, and on 1 June 190 people gathered to celebrate in Longreach.

We partnered with Blakdance, supporting a three-week residency for emerging dance company eXcelsior to develop their practice under the mentorship of Muluridgi and Mbarbarum artist Mark Sheppard, and acclaimed First Nations bassist Sam Pankhurst who worked to sharpen their music design skills. The seven First Nations members of eXcelsior then proudly performed the performance piece they had created through this residency to a packed audience at Backbone Youth Arts, East Brisbane.